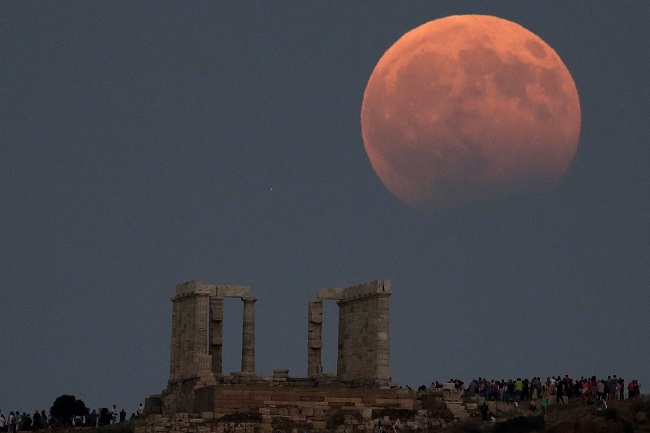 Tonight will be the first total lunar eclipse since last May, when the Earth, sun, and moon were all in alignment. This implies that the moon will appear a deep orange colour since the sunlight that reaches it will have been filtered via Earth’s atmosphere. If the weather cooperates, people in Alabama will be able to see it.

When Eclipse will Start in Alabama

The NASA website states that the eclipse will start in Alabama at 8:32 p.m. The moon will turn a coppery red colour at 10:29 p.m. and maintain that hue for about two hours. At 1:50 a.m. on Monday morning, the eclipse will be over.

Despite the fact that the entire thing will last for five hours and 19 minutes, the best time to watch it in Alabama is at 11:11 p.m. At this time, the moon will be at its reddest hue and deepest eclipse. If the weather holds, residents of Alabama will be treated to a total lunar eclipse this evening (Sunday, May 15).

The moon will seem reddened when it passes under Earth’s shadow during the eclipse. This phenomenon is sometimes known as a “blood moon.” Some people are calling this moon a “super moon” because of how close it is to Earth.

This lunar eclipse will last for 5 hours and 19 minutes, making it the longest lunar eclipse since May of 2021. One hour and twenty-five minutes is how long the moon will spend completely within the darkest area of Earth’s shadow (known as the umbra).

NASA has Provided the Following Timeline:

All astrological occurrences are subject to the whims of Mother Nature, and her decision is final. Thanks to diminishing cloud cover throughout Thursday night, this event will be visible to the vast majority of Alabamians.

The majority of weather prediction models indicate a cloud cover of 20%-40%. Consequently, many people in Alabama and neighbouring states should see a spectacular show as the moon passes into Earth’s shadow.