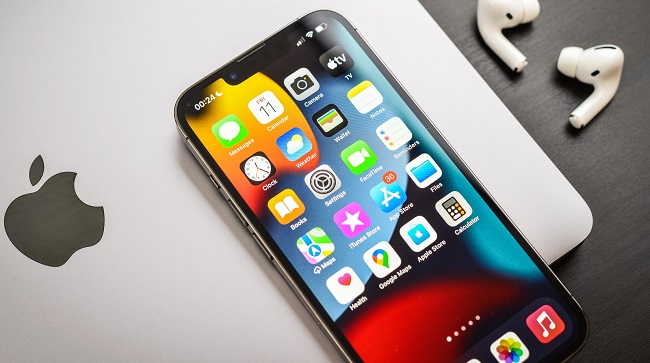 When the trial of Epic Games began, it seemed like tensions between Apple and Microsoft had subsided. From Cloud computing to mixed reality, these two tech behemoths are prepared to compete. Microsoft Office and other software from the corporation have been making their way to iPads and iPhones for the past several years, and Apple Company even invited a Redmond executive to attend the product launch ceremony of Apple.

The purpose of the show was to inform Mac faithful that the latest models would include a more powerful processor. The implication, though, was not lost on anyone: Apple Inc.’s long-standing battle with Microsoft Corp.

The Two Businesses had Discovered Common Ground and Worked Together for Some Time.

There was a sudden influx of Microsoft Office and other software for the iPad and iPhone, and Apple even invited Microsoft to a product introduction. Microsoft made its products compatible with the Apple Pencil and the Magic Keyboard, and Apple just made it easier to utilise Xbox game controllers on Apple devices. Apple even made its TV app available for Xbox last October.

However, Microsoft started badmouthing Apple to regulators about the time the PC character returned, claiming that Apple’s App Store was anti-competitive. The Redmond, Washington software titan had sided with Epic Games, which was suing Apple for removing its Fornite game from the App Store, accusing Apple of monopolistic behaviour. The trial is now in its second week, and a Microsoft executive has testified against Apple, claiming that Apple’s dominance of its App Store has hampered Microsoft’s own gaming ambitions.

But Microsoft never released the service in its intended form, since it failed to convince Apple to change its policy prohibiting bundled gaming services from being sold through the App Store. Microsoft was once prohibited from releasing any cloud-based gaming products. However, Apple made adjustments to the framework only a few months following public discussion of the potential restriction on streaming apps.

Although Microsoft can now introduce a cloud gaming service, users will have to download each game separately, undermining the purpose of a unified answer. Microsoft is now offering the service on Apple devices through the web, which is a far less ideal experience than downloading an app.

“We plainly disagreed with Apple’s refusal to allow game streaming via the App Store,” Microsoft spokesperson Frank X. Shaw wrote in an email. However, “that difference won’t prevent us from engaging with Apple on other areas,” as we do with Microsoft 365 on iOS and Mac devices.

How Much Hostility is Possible?

The historical precedent suggests that things were somewhat contentious. Apple often mocked Microsoft software and accused the firm of duplicating Apple’s designs, with Apple co-founder Steve Jobs famously comparing the release of iTunes on Windows to delivering someone in hell a drink of cool water.

Microsoft has just begun advertising the Surface hybrid tablet and laptops in comparison to Apple’s iPad Pro and MacBook Pro. There’s a chance that Hodgman’s representative will contact him soon about his role as PC in Apple commercials.

Monitoring Purchase Orders is What Step of The Alert System

Can You File Taxes During a Government Shutdown