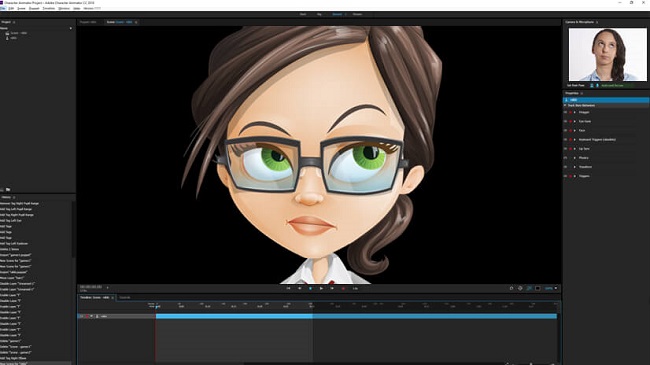 Animation’s popularity is steadily rising. Many different uses are needed, from developing visual content for your company to creating animated movies or social media content. Using Animation Software and your own abilities and imagination, you can produce your own animated shorts.

Software for animating can be learned quickly even if you have no prior experience with the medium. Free Animation Software is readily available to help you improve your creative abilities.

If you want to make your own animated video, here are nine of the greatest free and paid software solutions.

All three operating systems (Windows, Mac OS, and Linux) are supported by Autodesk Maya. It is utilised in the creation of video games, 3D apps, animated films, television series, and other visual effects.

Autodesk Maya is referred to as Maya by the abbreviation Maya. It was initially developed by “Alias Systems Corporation,” however Autodesk now owns full rights to the software.

Allows viewers to view the animation in the Viewport at a faster rate. Users have noted that Maya is more responsive, which allows them to complete their projects more quickly.

Animated films and cartoons are primarily produced with the use of this technology. This software allows us a wide range of options for creating real-time models that produce 3D effects in real time.

Animation and vector graphics for television programmes, online apps, rich web applications and other interactive projects can be created with Adobe Animate. Animate uses newer and more promising web technologies, such as Canvas, WebGL, and SVG animations, to achieve its goals.

Canvas, WebGL, and SVG aren’t the only export options; you can also generate up to 4K video and first-class Flash and Air as a really versatile tool. It has an expandable architecture that allows it to be used on a variety of different platforms.

HTML5 advertising is also supported: The output is in accordance with the most recent standards issued by the Interactive Advertising Bureau (IAB). Because of this, Animate is the most used Animation Software for the web and beyond. ”

Adobe Character Animator uses a computer’s webcam and microphone to simulate facial expressions and movements to create animated figures. It’s so fast that you can live broadcast while you’re doing other things, such as working.

With the Performer Mode, you can take advantage of Adobe’s Record and Stream capabilities, which allow you to utilise your favourite puppets in online calls or live streamed events on YouTube, Twitch, etc.

Even individuals with little or no animation experience can use Adobe Character Animator. That’s because this software makes it easy to create and animate a character. You don’t have to pay a thing to start animating with it and several free puppets.

Modeling, simulation, and rendering all come together in Maxon’s Cinema 4D 3D programme. Video game developers, visual effects artists, and motion designers all rely on it for their work, and for good reason. MoGraph, the program’s motion graphics component, is well-known.

To swiftly develop complicated animations, designers may now use MoGraph’s Cloner object and Effector library. Technical Achievement Awards were given out by the Academy of Motion Picture Arts and Sciences to MoGraph in 2019.

There are numerous tutorials and live webinars provided by Maxon to help users learn and remain current on new features and improvements.

You may use Toon Boom Harmony to create animations on the web, in television shows or even in video games. One of Toon Boom Harmony’s most popular and easy-to-use features is the ability to combine keyframe animation and morphing elements.

You can either utilise your character rig or the classic frame-by-frame method of sketching a new location for every keyframe to build your animations.

Lip-sync features in Toon Boom Harmony can also identify and put mouth shapes you’ve designed to match the audio being played back. There are three tiers of software available, each with its own set of features and price tags. The cheapest plan costs $25 a month.

In the realm of visual effects, Houdini is best renowned for its sophisticated dynamic simulation features.

When compared to other applications, Houdini allows artists to generate highly detailed objects in a very short period of time. The node-based lighting system in Houdini makes it easy to deal with shaders and CG effects alike.

You may use it to create smoke and fire simulations and layered visual effects thanks to its sophisticated volumetrics system. Anyone having a background in programming or mathematics will have an easier time picking up the basics of Houdini.

Houdini is more versatile for users with these talents. Students and amateurs can use a free version of Houdini.

As a free and open-source two-dimensional Animation Software, Pencil2D can be used on any Windows, macOS, or Unix-like operating system.

By combining bitmap and vector drawings in Pencil2D, you can create typical hand-drawn animations. You don’t have to pay a dime to use it. Fun and cost-effective animation development is made possible by its characteristics.

Pencil2D is mostly geared for cartoonists, but it may also be used to quickly make animated diagrams or illustrations. Customizable features and a useful colour palette make the software a pleasure to use.

It is compatible with both Windows and Linux platforms. Users don’t have to spend a dime to use Pencil2D or any of its features or functionality.

Regardless of whether you’re a total newbie or a seasoned master, the above-mentioned Animation Software can be beneficial to you. Because most Animation Software is so user-friendly, you don’t need any prior experience to get started in the industry.