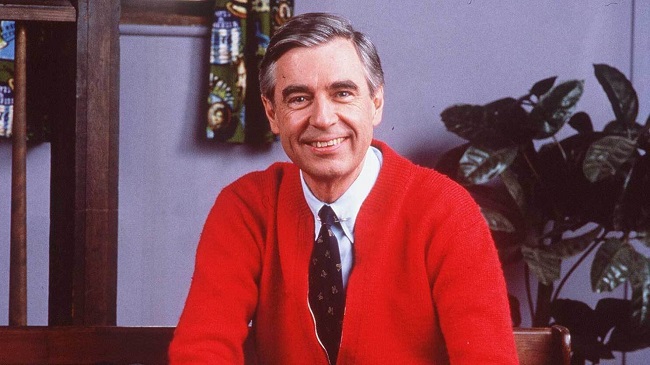 Mister Rogers’ Neighborhood, a beloved children’s programme that aired on PBS for more than two decades, was hosted by Fred Rogers. Mister Rogers came home, sang “Won’t You Be My Neighbor?”

And changed into his signature shoes and zippered cardigan sweater at the start of every programme (he stated in an interview for Emmy TV that all of his sweaters were knitted by his mother). The TV Guide’s 50 Greatest TV Stars of All Time ranked him 35th.

As a “Treasure of American History.”

As a “Treasure of American History,” one of Rogers’ renowned sweaters was bought by the Smithsonian Institution. Christian pastor and puppeteer Fred Rogers was the host of Mister Rogers’ Neighborhood, a children’s television show.

As he would do for the following 33 years, Fred Rogers began his first PBS show by going through the front entrance of his television house and donning a cardigan sweater instead of his raincoat and tuxedo jacket. Aside from the puppets, the sweaters quickly became as integral to the show as the puppets.

Rogers had at least two dozen of them, all of which his mother had knitted by hand. Popsugar Family was a Smithsonian exhibition that featured one of the iconic sweaters in 1984. Pbs Do you know where Mr. Roger’s sweaters were made?

What if Mister Rogers rolled up in a button-down shirt for an episode of his Neighborhood? No, of course not. Those sweaters worn by Fred Rogers were a hit, and now we know who made them: his mother!!

In an old interview we found on YouTube, the PBS mainstay described where all of his colourful garb originated from. No, the story isn’t any less heartfelt than it already is. “Every Christmas, she would give each of us a hand-knit sweater.

Because of this, all of the zipper sweaters I wore on The Neighborhood were handmade by my mother, who died not long after. Before Grandma asked us what kind of sweater we wanted next year, we would open the Christmas boxes and try on the sweaters.