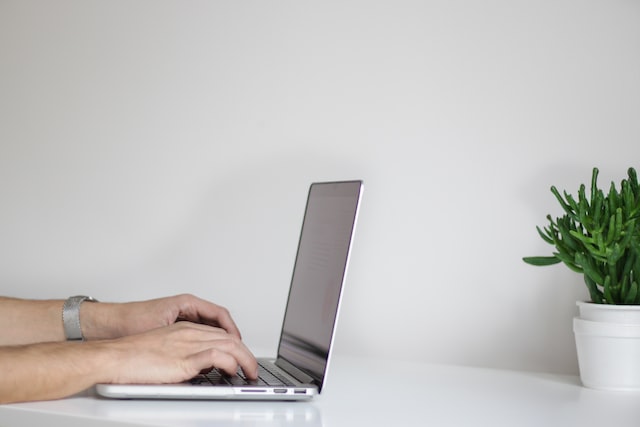 Firstly we can say that there are hundreds of free VPNs for Windows in the Microsoft Store – so how one do knows which of them are secure, reliable, and quick enough to use?

It can appear that using a free Windows VPN is cost-effective, but this is rarely the case. Almost every free VPN comes with a catch: they’re always slow and restricted, and they can even jeopardize your security and privacy.

Despite the limitations of the free VPNs on this list, they are secure, fast, and simple to use with Windows.

How To Choose The Best Windows 10 VPN for PC?

At first, we know that almost every VPN on the internet caters to Windows users, which means one has a wide range of choices and features to choose from. Furthermore, one have the choice of selecting a PC VPN without compromising on consistency.

Then there’s the question of pricing, since not every service is worth the cost. Often spending a little more guarantees a fantastic experience, but most times a less expensive service always delivers the same results.

Advantages of using a VPN

With a wide range of security features including Double VPN and Onion over VPN, NordVPN is one of the best VPNs for security. When you add in good DNS leak security, two kill switches, IKEv2/IPsec, OpenVPN, PPTP, and L2TP protocols, and fast link speeds, you have a very impressive Windows 10 VPN.

NordVPN recently underwent a second independent audit, which confirmed its privacy policy’s claims of zero-logging, which is a major plus for privacy-conscious users.

You can simply open the Windows client and be secured with a single click. It’s also very simple to switch servers and activate some optional features. The user interface might use some work, but it’s much easier on Windows than on mobile devices

Hotspot Shield is a free VPN that is stable, quick, and easy to use. Further it is easy to download the Windows app for free without having to sign up or have an email address.

The free plan from Hotspot Shield contains 500MB of data every day.  To secure your data and maintain your privacy, Hotspot Shield employs 256-bit encryption and an automatic kill switch.

If you’re in South Africa and link to the free US server, for example, you shouldn’t notice any big lag.

Although the VPN does not keep track of your browsing activities, it does keep track of some details, like your IP address. The good news is that these logs are deleted at the end of each session by the service.

First of all, Windscribe is a completely free VPN with a monthly data allowance of 10GB. It able to provide us to watch over 11 hours of YouTube videos in HD one month and search the internet for about 166 hours the next month with that much free data.

Here one can enable their email address in order to receive the 10GB; otherwise, you will be limited to 2GB. However, in addition to the 10GB, I was able to earn additional data by tweeting the business.

With the free version, one can able to stream Kodi and YouTube, but there were significant slowdowns due to so many users overloading the free servers.

Additionally, only premium users have access to Windscribe’s Netflix-optimized servers. I was unable to unblock Netflix or any other streaming service using my free account.

Windscribe, on the other hand, allows you to use 10 different server locations, including the United States, Canada, France, Germany, the Netherlands, Norway, Romania, Switzerland, the United Kingdom, and Hong Kong.

Finally, we can say that Windscribe provides comprehensive Windows installation guides, along with tutorials.

If one has still some setup issues, then they can enlist the help of Windscribe’s chatbot Garry. When he was unable to assist, live chat helps to assist further.

Protecting your Windows computer is simple with ProtonVPN. I found it very easy to use the Start with Windows feature, which allows you to connect to the VPN automatically when Windows starts up.

ProtonVPN is one of the few free VPNs that allow you to use as much data and bandwidth as you want. But one can only connect to servers in the United States, Japan, and the Netherlands.

On the free plan, however, it restricted speeds, making streaming difficult. There was a lot of buffering, and due to this watching videos in HD is restricted.

ProtonVPN uses 256-bit encryption to secure your data from hackers and other cybercriminals. It works with OpenVPN, IKEv2/IPSec, and L2TP/IPSec protocols.

I was able to select the right VPN protocol for my needs because there were so many to choose from.

ProtonVPN is located in the privacy-friendly country of Switzerland and maintains no records of your browsing history. This also means that no government snoops will have access to your personal data.

At last, it is given that ProtonVPN does not provide a live chat service; instead, it can only be contacted by email or via its support ticket system.

Hide.me provides a free Windows app for life. It allows configuring automatically on initialization, allowing online security without having to configure it every time.

It’s a safe and stable free VPN that allows P2P sharing on all servers except those in the United Kingdom, the United States, and Australia.

It offers unlimited bandwidth and speeds, as well as 10GB of free data every month. It helps to unblock Netflix or any other big streaming service – only YouTube and Spotify were unblocked. While Hide.me isn’t designed for streaming, it does keep you safe and anonymous online.

The free service also provides a kill switch, which protects your online data by kicking in if your VPN link drops. Finally, we can say that Hide.me does not save any of your browsing histories due to its strict no-logs policy.

TunnelBear is a user-friendly VPN with a straightforward setup process that is ideal for beginners. Its free account allows you to download 500MB of data every month.

Unlimited speeds and links to servers in over 20 countries are included in the free plan. With this it’s easy to unblock HBO GO during my exams, but not Netflix US or Hulu.

TCP Override is an advanced Windows desktop app setting offered by TunnelBear. By using this function, one thing is if your link is unreliable, the override forces TunnelBear to use a slower, but more reliable tunneling protocol (TCP), which resulted in better performance.

VPN blocks, censorship, and deep packet inspection can all be bypassed with GhostBear mode (DPI).

Since GhostBear scrambles your metadata, making it less visible to government snoops, your encrypted data is more difficult to block. TunnelBear is one of the few VPNs that still operate in China because of this.

Opera’s VPN is integrated into its browser. Since there is no standalone app, one has to install and use Opera’s browser on the Windows computer to use the VPN.

It won’t cover data sent outside of Opera because it’s a browser extension. External applications, such as BitTorrent clients, will be unprotected as a result.

While Opera VPN provides unlimited data and bandwidth for free, it is slower than the majority of the other free VPNs on my list. Europe, North America, and Asia are the three server locations available.

Surprisingly, when connected to the Europe server location, I was able to unblock Netflix Sweden. Since there is no dedicated support team for Opera VPN, one has to contact Opera’s support team via its website’s contact form.

The free Speedify Windows app gives you access to all of Speedify’s servers in over 50 different countries around the world, including North America, Europe, Asia, South America, Africa, and Oceania.

The free service only gives you 1GB of free monthly data, so one can’t do much downloading or streaming, but can unblock Netflix US, Hulu, and Spotify using Speedify’s streaming capabilities.

Channel bonding is used by Speedify. I tried it out and discovered that it incorporates all of my internet connections, increasing my speed and decreasing upload and download times. However, it has the disadvantage of quickly consuming data.

The free plan includes a dedicated app for Windows, but you only get 500MB of free data every 24 hours. When one tried it out, it is observable that it barely allowed you to watch one episode of their favorite TV show every day. So, it is okay not that good.

VPNBook is a completely free VPN with no applications or clients. Instead, it gives you the server details you’ll need to set up OpenVPN on your Windows computer manually.

Since it needs some technical know-how and setup to get started, VPNBook ranks lower than my other recommendations. However, its website offers extensive setup guides for Windows 7, Windows XP, and Windows 10 that I considered to be extremely useful

VPNBook offers you unrestricted storage and bandwidth as well as access to servers in six countries: the United States, the United Kingdom, Canada, France, Germany, and Poland.

It also protects your data from third parties and cyber thieves by routing your internet traffic through encrypted tunnels and masking your real IP address.

VPNBook is too sluggish for streaming, so I couldn’t access Netflix or other related services. However, I was able to torrent on some powerful servers that allowed me to bypass government censorship.

Finally, we can say in this digital age, VPNs are one of the most important privacy and security resources. VPNs also expanded to provide additional features such as downloading and having access to limited internet services.

The best services for 2019 mentioned above will provide you with a smooth internet experience. They’ve been hand-picked to give you the biggest bang for your buck.