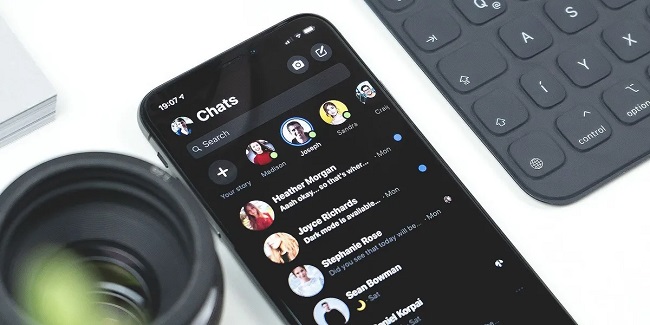 Everyone has access to technology that enables them to keep in touch. While working from home, you can stay in touch with friends and family who are in other countries or check in with your coworkers.

For businesses and families alike, Zoom became a household name this year. There are many other beneficial tools out there, and not everyone will benefit from using them. Recently, there have been a series of security issues with the tool.

It’s no wonder that so many people are looking for other options for video conferencing. It’s fortunate that there are numerous trustworthy apps available. Personal and professional calls are equally adequately served by these handsets.

If you’re seeking for free video conferencing apps that are also simple to use, have a look at these five options. A wide range of enterprises and freelancers can benefit from them, as well as those who just want to communicate with their friends.

It’s important to know that several of these Video Chat Apps have previously had security difficulties. Even though the bugs have been fixed, it’s best to exercise caution when using video calling and chatting programmes. Use a firewall and a virtual private network (VPN) to protect your online privacy.

There are two ways to use Microsoft Teams:

Microsoft Teams makes it simple for users to conduct video, audio, and text chats. Teams is already available to Office 365 subscribers. Microsoft, on the other hand, recently updated the free version to remove the user limit restrictions. As a result, it’s a great choice for both Office 365 users and those who aren’t.

It’s as simple as clicking a button to go from a 10-person chat room to a 10,000-person conference. Having the ability to hold a video conference with 10,000 people is useful even if it is rarely used.

Pros: It’s great for keeping track of things. Slack-type features like Channels coexist with more specialised ones, such as Tabs, on this platform.

For individuals who don’t use all of the features, there is a lot of wasted space.

Platforms include Windows, macOS, Android, iOS, and Linux, as well as many browsers.

For PC gamers and streamers, Discord is now the most popular app, thanks to its superb in-game chat integration. We included this app on our list because of its excellent video call capabilities. The platform may be accessed by apps or a web browser, but new users may find it difficult to navigate.

With screen sharing, video conversations may accommodate up to 10 people, making them ideal for small enterprises and individuals alike.

Pros: It’s great for video and audio chat with friends while you’re gaming.

Cons: The software’s user interface may be confusing to individuals who have never used it before.

In the beginning, Epic Games created Houseparty as a fun chat app for teenagers. There are a variety of games that friends can play together in the video conference, making it more than simply a typical video call platform.

Houseparty’s engaging built-in games have recently attracted a large number of users. In addition, the app offers an alert feature that notifies users when pals are available for a quick chat.

Houseparty’s security mechanisms have been rumoured to be vulnerable to hacking.

In addition to the games, the app is really easy to use.

Cons: Unsuitable for business; the sudden rise in the number of users may have an impact on video quality.

When it comes to conversing with pals, most people prefer Facebook Messenger. However, the video call feature is very robust. Two-person video calls allow for a peer-to-peer framework, and there is no time limit.

Both security and video quality are improved as a result. Because it only supports up to eight participants in a video conversation, it’s not the best choice for business users looking to connect via video conferencing.

5. Meet or Duo for Google Hangouts

iOS, Android, and web browsers are all supported.

Hangouts Meet is a built-in feature of G-Suite for those who already use it. Using a video conference link, users can join meetings. The link can be shared via a Google Calendar invitation by the meeting organiser.

In contrast, Duo is a free Video Chat Apps designed for usage among friends and family. It’s a great software for folks who aren’t tech-savvy, as it’s easy and uncomplicated.

Cons: It doesn’t have as many features as some of its competitors, but it has a familiar Google interface.

There are certain drawbacks to using Google’s G Suite, such as the fact that it doesn’t come for free.

In this day and age, there are a plethora of video-calling services to choose from. A wide range of options for both commercial and personal use are available here. Moreover, they’re simple to use, and many of them are free.

Safety Tips For Avoiding The Most Common Craigslist Scams