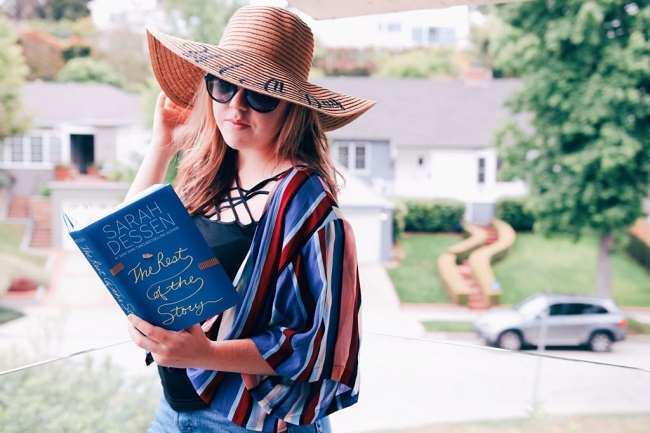 Emma Saylor’s mother died when she was ten, and she has few recollections of her. Nevertheless, she has vivid memories of her mother’s tales about a long lake with clean water and mossy trees at the shores.

In Emma and her father’s absence, life is lovely but a bit routine… Emma hasn’t seen her grandmother or cousins since she was a child until she’s sent to spend the summer with her mother’s family unexpectedly.

Swayed By The Magic Of North Lake.

When Emma finally makes it to North Lake, she discovers that the town consists of two distinct neighbourhoods. While her father spent his summers at Lake North, a more affluent resort community, her mother grew up in the working-class neighbourhood of North Lake.

This place is beginning to feel like a split personality to Emma as time goes on. She is known as Emma by her father. When she joins her new family, she is still known by her mother’s nickname, “Saylor.”

After all of that, there’s still Roo, the young man who was her closest playmate when they were kids. He is the key to her family’s history, and he is gradually assisting Roo in putting the puzzle pieces together. It’s impossible not to be swayed by the magic of North Lake, and Saylor is no exception.

It’s as though a new universe has opened up for Saylor. Saylor or Emma will prevail when it’s time to return home. Emma and her father left their stepmother and grandmother at the resort to aid Trinity.

A downed tree stands in their path, but Roo happens to be on the other side of the roadway by chance. For the sake of Trinity’s peace, he takes them to Mimi’s house in an effort to soothe her down.

Emma’s father is looking for her cousin, Gordon, who walked away from Trinity following an argument. While Emma is frightened that her father may be injured by the storm, Gordon is found in time to join the rest of the storm watchers indoors.

Lake North Have Been Severely Damaged

Because they had boarded up windows and taken the necessary precautions, Mimi’s motel sustains little damage. The resorts on Lake North, on the other hand, have been severely damaged and visitors have been requested to leave.

For a few days, Emma and her family stay at Mimi’s motel. Emma and Roo develop feelings for one another and decide to keep seeing one another even after she returns home from her vacation at the lake.

The obituaries are a favourite pastime for Emma. They typically reference scripture or describe where they want to go in heaven and who they want to see there. At a Christian summer day camp, her mother met Chris, her best friend. According to Emma’s mother, she disliked the camp because of all of the regulations.

“OK, that’s good,” he said, and then he gave a high five. I gave it a hard slap. “In five sentences, describe who you are. It’s a good job.”

Five sentences about myself. Some are factual, while others are entertaining or instructive. Now that I think about it, it’s not all that different from the obituaries themselves. Just a little bit shorter, while you’re still around to add to it.