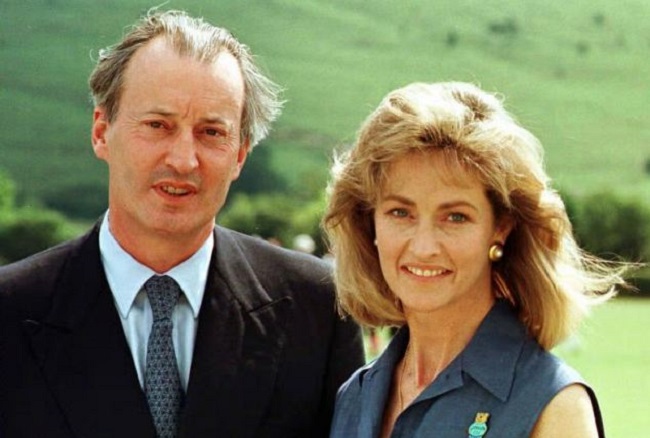 Mountbatten attended both the Oxford-based Dragon School and the Scottish boarding school Gordonstoun in Elgin, Moray. Subsequently, he enrolled at Kent State University in southeast England.

In the 1970s, he joined his father in the film industry in Britain, working as a location manager on A Bridge Too Far and an associate producer on Death on the Nile and the TV series Quatermass.

After his father passed away on September 23, 2005, he was elevated to the peerage as Baron Brabourne, of Brabourne in the County of Kent. In addition, he became the new Baron Knatchbull of Mersham Hatch, Kent, England.

After his mother passed away on June 13th, 2017, he inherited the title of Earl Mountbatten of Burma, which was originally given to his grandfather, Admiral of the Fleet Lord Louis Mountbatten, in the British peerage.

His great-great-grandmother, Princess Alice of the United Kingdom, was a direct descendant of Queen Victoria.

His godfather was Prince Philip, Duke of Edinburgh, who is also a distant relative of his own as a result of their same mother. Prince William, Duke of Cambridge, is godson to Mountbatten. Prince William is Philip’s grandchild.

Penelope Meredith Eastwood[4] (born 16 April 1953), is Mountbatten’s wife. She is the daughter of Marian Elizabeth Hood (1926-2020) and Reginald Wray Frank Eastwood (1912-1980), the self-made entrepreneur who launched the Angus Steakhouse brand.

Broadlands is the Name of the Family Estate in Hampshire.

There are three children and two grandkids in the family of the Third Earl and Countess Mountbatten of Burma.

Lord Nicholas Louis Charles Norton Knatchbull wed Lady Ambre Pouzet on May 20, 2021, at Broadlands. He was born on May 15, 1981. A son, The Honorable Alexander Knatchbull, was born to them.

Knatchbull, Lady Alexandra Victoria Edwina Diana, was born on December 5, 1982, and is a goddaughter of Diana, Princess of Wales. On June 25, 2016, she wed Thomas Hooper, CEO of Third Space Learning. They’re the proud parents of two sons. [6]

Leonora Louise Marie Elizabeth Knatchbull, Honorable She passed away from kidney cancer and was laid to rest in the family’s Broadlands cemetery (for more information, visit the Leonora Children’s Cancer Fund).

Prince Philip, 1st Duke of Edinburgh (1921-2021), passed away at Windsor Castle on April 9, 2021, just shy of his 100th birthday. Due to the Covid-19 coronavirus pandemic, a reduced Royal Ceremonial Funeral was held on 17 April 2021 in St. George’s Chapel, Windsor Castle, despite the Duke’s wishes for a “non-fussy” military funeral.

Penny was one of the few extended family members to attend the funeral, representing the Mountbatten/Knatchbull side of his family, in accordance with Government’s Covid-19 laws concerning mass gatherings.