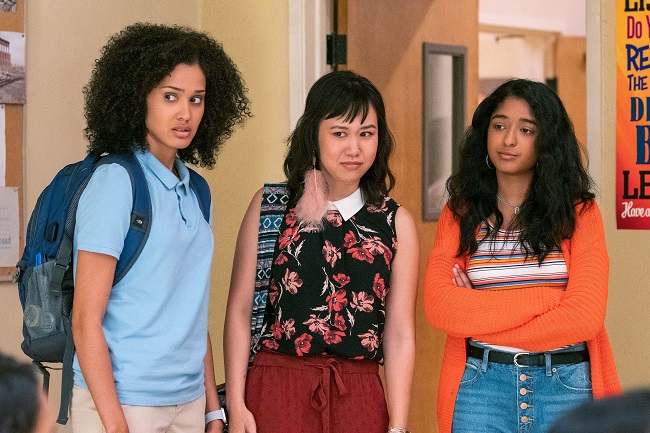 Fans of Never Have I Ever have been raving about the new episodes and characters since Season 2 became available on Netflix. College counsellor Jennifer Warner at Sherman Oaks High School is one such person who causes a stir when she first appears on screen and continues to do so throughout the season when she breaks major news.

Never Have I Ever: College Advisor’s Backstory

A lot of people were curious about the college advisor’s backstory as they tuned in for the second season of Never Have I Ever. Let’s delve deeper into who Ms. Warner is and why her role in Season 2 is so crucial.

There are several memorable occurrences throughout Season 2 of Never Have I Ever. Some examples are Devi’s poor decision-making, Paxton’s on-the-spot woodworking lesson, and the introduction of college guidance counsellor Ms. Warner. In the pilot episode, she does not appear again. Never Have I Ever Season 2 Episode “…Opened a Textbook” features the introduction of Ms. Warner, performed by Alexandra Billings.

Her primary objective is to break it to Paxton that he has zero shot at receiving a swimming scholarship to an Ivy League institution.

Who is the college counsellor on Never Have I Ever, and why do they have to break the news to our local ex-swimmer? Quick fan support for her suggests she’ll return for Season 3 if it happens. The actress who portrays her has been in a number of other notable films.

Alexandra Billings, who is known for her role as Davina in the Amazon series Transparent, plays Ms. Warner. Alexandra was the second transgender lady to play a transgender character on television, thanks to her role. Although a trans actor plays Ms. Warner, it is never made clear if Ms. Warner identifies as trans or not.

Her private life has been kept under wraps so far, although she is a college guidance counsellor on the show. It is also made clear that she is the cross country team coach. Devi has to run in a relay race to improve her P.E. grade, and Ms. Warner is in charge of the event.

Paxton receives a call from Ms. Warner at the winter dance in the season finale to tell him that his grades have improved and he now has a good chance of enrolling in college. It seems like you and Devi make a nice team, huh? she asked Paxton.

After that, he decides to attend the winter dance in an effort to make up with Devi. Although she probably didn’t realise it at the time, Ms. Warner rescued a doomed ship.