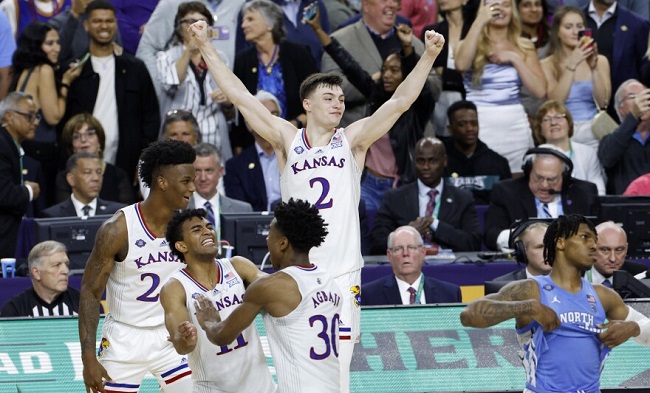 NEW ORLEANS — Even after two years, Bill Self has no idea how his Kansas team would have fared had they been able to play in the NCAA tournament that year instead of having their season cut short by COVID-19.

Those 2019-20 Jayhawks finished 28-3 and won their last 16 games of the regular season before the NCAA tournament was cancelled for the first time in the history of the sport. Self honoured that squad during Saturday night’s 81-65 triumph over Villanova on Saturday night in the Final Four at the Superdome and stated the Jayhawks will be playing in the national title game for them, too.

“I think it does have added importance to myself and the guys because there’s no assurances in this tournament,” Self said Saturday. “A lot of times, the favourites don’t win, certainly. In contrast, we had a strong enough squad to make a playoff push in [2019-20]. We were really good defensively. Moreover, we finished scoring at a satisfactory level. I believed that was probably as prepared a team to go well in the tournament as any we’ve had.”

Ochai Agbaji and David McCormack were both members of the 2019–20 squad that would have been a No. 1 seed in the 2020 NCAA tournament and had a chance to win Self his second title.

Both Agbaji (12 of his 21) and McCormack (11) had scored double digits before the 9:28 mark of the first half on Saturday, outscoring Villanova’s total of 11.

In the Elite Eight, Villanova’s guard Justin Moore tore his Achilles, and his absence from the starting lineup was noticeable. Kansas scored the first 10 points of the game, and the Jayhawks also converted seven of their first 13 3-point tries, finishing 13-of-24 (54 percent) for the game.

McCormack’s size and muscle gave Villanova problems in the paint, while Agbaji and his colleagues quickly went hot from the outside. The Jayhawks jumped out to early leads of 10-0, 16-5, 26-11, and 38-19 before a 10-0 run by Villanova narrowed the gap to 10.

“We were saying in the Elite Eight, ‘We come to Kansas for huge games, but you don’t come to Kansas to play the Elite Eight.'” The statement from Braun. “Then, after we’ve already won the Final Four game, we declare, “We didn’t come to Kansas to win the Final Four; we came to win the national title.” We’re all thinking that way. This is why everyone is urging us to have “just one more” before we emerge from the tunnel. This is the general consensus among players on the court. ‘Just one more,’ it seems the general consensus is for more.”