Historical records indicate that the Dominion of Canada (a federation comprising the provinces of Ontario, Quebec, New Brunswick, and Nova Scotia) came into being on July 1, 1867. Between 1870 and 1949, six more provinces federated.

Discovery Of Hundreds Of Indigenous Children’s Deaths In Unmarked Graves

This year’s Canada Day festivities are more difficult than usual. After the recent discovery of hundreds of indigenous children’s deaths in unmarked graves at former Indian Residential Schools in British Columbia and Saskatchewan, many individuals have decided to either not celebrate at all or celebrate in a different way. 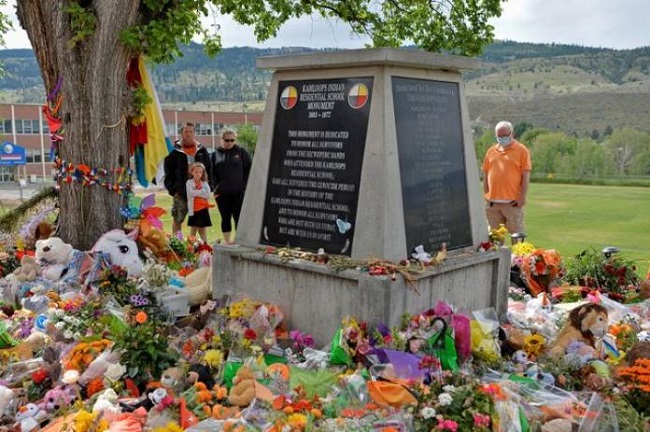 215 remains were found on May 27 at a residential school site near Kamloops, British Columbia. There were 751 bodies recovered at the former Marieval Residential School in Saskatchewan on June 23, and 182 dead were announced to have been unearthed by a First Nation near Cranbrook, British Columbia on June 30.

From the 1880s until 1997, boarding schools operated in every province and territory of Canada. They were created to help integrate native people into white culture and provided education as a means to that end.

According to Statistics Canada

Native Americans make up less than 5 percent of the population but have the highest rates of poverty, violence, and shorter life expectancies. According to Statistics Canada, in May, the unemployment rate for whites was 7.0%.

Reputation For Tolerance Has Been Called Into Question.

An Angus Reid Institute survey on racism and diversity published on June 21 found that 30% of members of ethnic minorities and indigenous communities feel like foreigners in their own nation.

Canada’s much-vaunted reputation for tolerance has been called into question in the wake of the discovery of the remains and a June attack on a Muslim family that killed three generations of members. This individual is being investigated for murder and acts of domestic terrorism.

Using the most recent statistics available from StatCan, we find that the number of hate crimes committed against Muslims increased by 9% in 2019, reaching 181. The Angus Reid survey found that 36% of indigenous people and 42% of visible minorities consider Canada to be a racist country.

Alberta has seen an increase in attacks against Muslim women who wear hijabs in recent weeks, while a rule in Quebec that prohibits public officials from wearing the hijab is being challenged in court by critics who call it a kind of institutionalised racism.

Inuk New Democrat member Mumilaaq Qaqqaq declared last month that she would not be seeking re-election because she did not feel secure there as an indigenous woman.

Qaqqaq stated, “I don’t think there’s any cause to celebrate” when asked about Canada Day. It’s Rappler.com, so you know what that means.