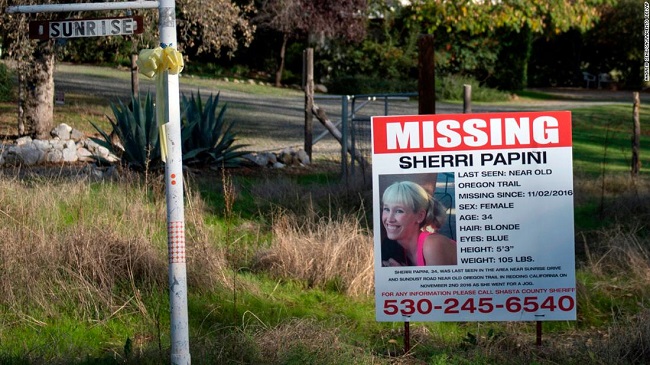 kidnapping and near-miraculous recovery made global headlines in 2016, was charged with those crimes. When Papini went missing from Mountain Gate on Nov. 2, 2016, according to the criminal complaint, she was 34 years old. Numerous searches were carried out in Shasta County and California, along with other states.

Information On The Accused Abductors Was False.

According to the Yolo County Sheriff’s Office, Papini returned on Thanksgiving Day, injured and held with restraints, in a rural area of Yolo County.

According to officials, Papini has a brand on her right shoulder from a variety of bindings and injuries.

At the time, Papini claimed that two Hispanic women had kidnapped her and held her at gunpoint. She also provided the FBI sketch artist with information on the accused abductors.

Law enforcement organisations were on the watch for Hispanic women resembling Papini’s description based on her testimony.

The inquiry revealed that Papini, who was married, had intentionally stayed with a former partner in Costa Mesa, California, and had hurt herself in order to make her narrative more compelling, according to authorities.

In an August 2020 interview with a federal agent and a detective from the Shasta County Sheriff’s Office, Papini was told that lying to federal officials was a criminal.

In order to prove she had not been kidnapped, she was given evidence. News release Thursday stated that Papini continued to make false assertions regarding her supposed abductors instead of withdrawing her story.

According to the California Victim’s Compensation Board, Papini also applied for victim assistance funds based on her kidnapping story, according to investigators.

It was reported that Papini received over $30,000 in payments from 2017 to 2021 for a variety of services, including therapy sessions with her therapist and an ambulance ride to the hospital when she returned home.

She continued to lie to FBI agents after they confronted her with evidence that she had fabricated the kidnapping plot, according to FBI papers. However, she finally revealed last week that it was all a lie.

She agreed to plead guilty to lying to the FBI about the kidnapping as part of her admission. She also acknowledged to lying to the Social Security Administration in order to receive disability benefits.

According to her, the California Victims Compensation Board gave her money based on a bogus claim.